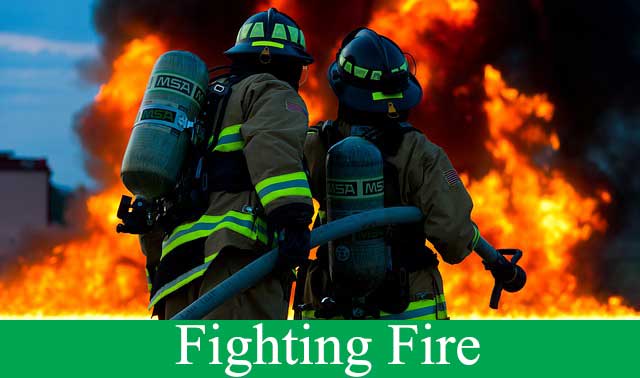 According to National Fire Protection Association (NFPA), estimated 4000 fire-related deaths occur in the US annually. This implies that every day, seven people succumb to fire-related incidences.

Use of fire extinguishers in Hotel industry

The hotel industry is one of the risk factors when analyzing the occurrence of fires. The constant cooking, electrical malfunctioning, opening of jar cans, mixing of different gases while cooking and exposure to some flammable substances are some of the risk factors.

According to a report by Hotelinteractive.com, these fires occur mainly in the evening thus endangering the lives of the guests who are staying in the rooms. Since more than 70% of these fire incidences don’t spread beyond the place of origin, a fire extinguisher in most cases is enough to put off the fire. According to the report, it was indicated that more than 20 fires occur daily and were put off by a fire extinguisher.

How to use a fire extinguisher?

Having a fire extinguisher is important, but knowing how to use it is a necessity in case of a fire outbreak. Always keep it is a place that is visible and easily accessible both at home and in the office. Ensure that you are equipped with a special demonstration to know how to use it properly. The rule is as follows:

Remember to stand 5-6 feet from the origin of the fire. If you can’t seem to remember all the steps above, just memorize the simple acronym PASS i.e. Pull, Aim, Squeeze and sweep.

While a fire extinguisher is important in every home, remember prevention is always better than cure. Thus, take precautions to prevent occurrence and effects of a fire incident when it happens. Ensure that you install smoke alarms both inside and outside your home. Test the smoke signals on a monthly basis.

Talk to your family members about a fire escape plan, with a keen concentration on fire safety ladder for balcony and the most important one, in case of a fire breakout, get out of the house, don’t stop to pick anything and stay outside until the fire is put off.

1 thought on “Importance of fire extinguisher in daily life”