Wearing a motorcycle helmet is a habit for many, but riders across the country are constantly ditching the protection to feel the wind in their hair, or on their bald head.

When asked why they weren’t wearing a helmet, bikers who had sustained injury offered reasons like weight, heat, neck pain, claustrophobia, limited range of motion, and general discomfort.

While those things definitely sound like they’d put a damper on a ride down a smooth, open road, motorcyclists who value their lives as they are now might want to weigh that against the real risk involved in not wearing a motorcycle helmet.

People tend to rely on their perception of risk more heavily than they rely on realistic statistics, a fact that has certainly contributed to the steady rates at which motorcyclists are ticketed, injured, and killed.

So, why are bike helmets important?

The most accurately perceived risk to riding without a helmet is being ticketed in states with motorcycle helmet laws. Compliance in those states is consistently between 95% and 100%, significantly reducing the amount of death and head injury seen in crash victims.

In 2017, 19 states and the District of Columbia had laws in effect that required helmets to be worn by all riders. Twenty-eight states require helmets on riders under a specified age, and only three states had no laws regarding the use of helmets while riding a motorcycle (Insurance Institute for Highway Safety).

This is where people begin to stray from reality. We all like to think that, even though we know accidents happen, they won’t happen to us.

“I won’t be that person who gets killed on his bike today.”

The reality is that there have been about 5,000 motorcyclist deaths on US roadways every year since 2006.

Simply wearing a helmet can reduce the risk of death in an accident by over 40%, according to the 2014 study published by the National Institutes of Health.

The National Highway Traffic Safety Administration estimates that nearly 2,000 riders’ lives were saved by wearing helmets in 2016 and that over 800 more lives could have been saved, had they been worn.

Many have said that they would rather not walk away from an accident at all if the alternative is to “walk away” with cognitive deficits or a physical disability. Unfortunately, one of the most common consequences of a lack of headgear is a brain injury, which can cause both.

A study published by the National Institutes of Health in 2014 estimated that helmets reduced the risk of head injury by almost 70%.

A concussion is a temporary loss of brain function and can have symptoms as serious as depression and amnesia. The alarming discovery is that, even when a concussion seems to be healed, the brain isn’t back to its normal self.

“Traumatic brain injury (TBI) is a nondegenerative, noncongenital insult to the brain from an external mechanical force, possibly leading to permanent or temporary impairment of cognitive, physical, and psychosocial functions, with an associated diminished or altered state of consciousness.” (Medscape 2017)

Traumatic brain injuries can kill you, cripple you, turn you into someone you don’t recognize, or leave you trapped inside your body, able to think, but unable to communicate in any way with the people around you.

The cost of a TBI doesn’t stop with your mind and body.

“The lifetime costs of a patient’s treatments for a traumatic brain injury are estimated to run from $85,000 to $3,000,000.” (Chandi Edmonds, Assistant Professor and Director of Clinical Education in the Physical Therapy and Human Movement Science department at Northwestern University’s Feinberg School of Medicine)

So, why are bike helmets important? Because, $3 million, your brain, your body, and your life are all pretty high prices, considering you can get a motorcycle helmet with a 5-star SHARP rating for about $60.

Wearing the high-quality MIPS helmet can be a great solution against such deadly head injury.

Faryabi, J., Rajabi, M., Alirezaee, S. “Evaluation of the Use and Reasons for Not Using a Helmet by Motorcyclists Admitted to the Emergency Ward of Shahid Bahonar Hospital in Kerman.” Archives of Trauma Research, 2014. https://www.ncbi.nlm.nih.gov/pmc/articles/PMC4276706/ 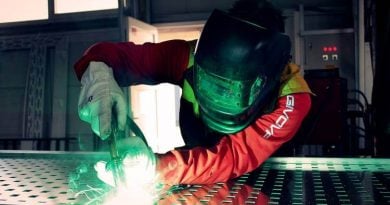 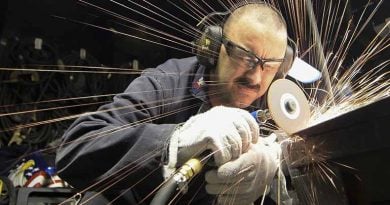 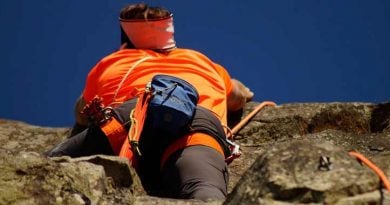 What You Need To Climb A Mountain?