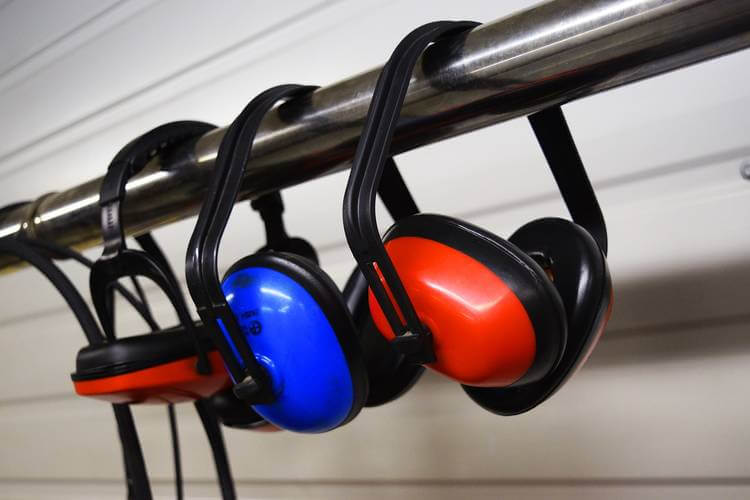 Chester Greenwood invented the thermal earmuff in 1873 to protect the hearing capacity of human against loud gunshots, noises, and so on. When anyone exposed to an average noise/sound intensity of 85 dBA, a hearing protection device is a must. In this case, earmuffs play a great role.

Most hearing experts recommend that people should take the hearing protection seriously. Why? Because once your hearing is damaged, it’s almost impossible to recover to the previous normal state. Hearing loss is a permanent state.

In recent years, the indoor and outdoor shooting sports are growing at a dramatic rate. Also, people are going to the hunting at an increasing rate. In these ranges and hunting, the sound of a gunshot is too loud to make you lose your hearing. Earmuffs play as the best hearing protection in these sports.

Let’s say you are participating in an indoor shooting range or simply mowing your lawn where the noise level is 90 dBA. Now, let’s say the NRR of your earmuff is 28. So, your actual exposure to the gunshot noise will be (90 – 28) = 62 dBA. This is pretty normal for the human ear, so there will be no hearing protection threat when you wear the right kind of earmuff.

Some people also wear the earplug in addition to the earmuff in the shooting range. That is even better to reduce the noise. But in a shooting range, you also need to hear the shooting instructions and communicate with others. So, be careful when you wear the two at the same time.

A lot of you are familiar with electronic earmuff, but some don’t. So, I will try to explain as simply as possible. Electronic earmuffs are widely used in the shooting gun ranges, hunting, or other tactical situations. It does not only block the loud gunshots, it can amplify the other low-level human voices like shooting instructions.

Rather, expensive earmuffs employ a sound compression technology. It will never stop capturing outside natural sound but continue to suppress the outside noise. There are 2 microphones outside of the expensive electronic earmuff and 2 speakers inside it. That way it lets you hear all the natural human voices and other people can also hear you completely.

Some people often confused earmuff with headphone. They look alike and often very difficult to separate them by just looking at the outside. Headphones are great for listening music. Some headphones have wires to plug into the music system. But some modern headphones don’t even have any wires. They run on Bluetooth technology.

But a headphone can’t block the loud gunshot or other outside loud noises. You can’t use them in the shooting ranges. On the other hand, some modern earmuffs have FM radio and music system as well. You can listen to the music from your cell phone via the earmuff while shooting in the range. So, in a nutshell, all the earmuffs are headphones, but no headphones are earmuffs.

Earmuffs are a wonderful invention. Without it, there would be no shooting ranges or hunting. Hell, you can’t even mow your lawn! But just like all other things, it’s really difficult to find the right kind of earmuff. So, be careful and skeptical when you decide to buy an earmuff next time.